The talks focused on the future of Europe, migration, common agricultural policy, and the future EU budget, as well as on the establishment of a Central European Development Bank.
(26. 01. 2018 – via thenews.pl) 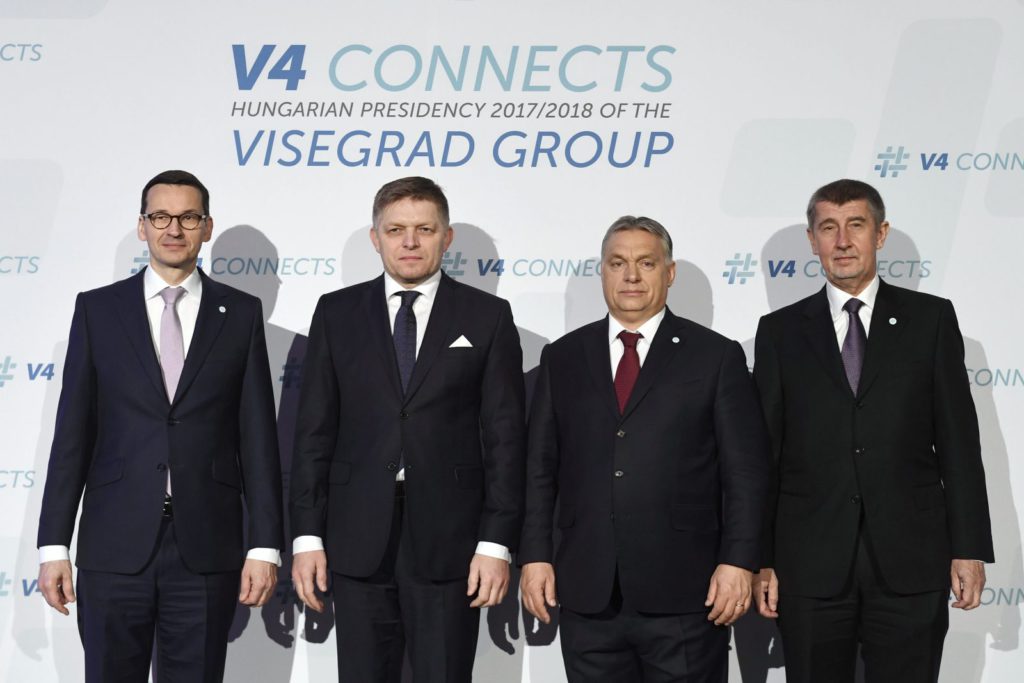 Mr Zeman, who fiercely opposes immigration and objects to EU sanctions against Russia, took 52% of the vote to beat Mr Drahos, a pro-EU academic with no prior political experience.

Voter turnout on Saturday was over 66%.

The role of the Czech president is influential; Mr Zeman can name the prime minister and sign bills passed by parliament into law.

He has promised to give Prime Minister Andrej Babis, a billionaire businessman, a second chance to form a government after his minority cabinet lost a confidence vote in parliament last week.

Mr Zeman’s current presidency does not end until March, so he plans to reappoint Mr Babis next month.

His position also allows him to appoint central bank board members and judges.

The presidential election has reflected divisions between low-income voters with lower education and those living in rural areas, who tend to vote for Mr Zeman, and wealthier and well-educated residents of bigger cities, who are likely to prefer Mr Drahos, correspondents say.

Mr Drahos has never belonged to any political party but he told the BBC that he wanted to “end the climate of populism and fear in Czech society” that has marked Mr Zeman’s presidency.

In contrast to Mr Zeman, the 68-year-old Mr Drahos is a supporter of EU and Nato membership, however he opposes the EU’s quota system for distributing migrants.
(via bbc.com) 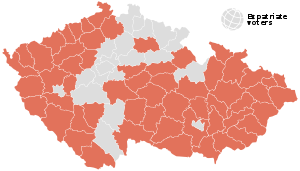 Czech Prime Minister Andrej Babis has lost a confidence vote in parliament, an expected result that marks the end of his short-lived minority government.

Only 78 members of parliament on Tuesday voted in favour of the government, while 117 were against.

Babis, the country’s second-richest man, and his cabinet will hand in their resignation on Wednesday, a spokeswoman said.

However, the prime minister is expected to remain in office as he negotiates with opposition parties to form a new government.

Czech President Milos Zeman, who is tasked with appointing prime ministers, has said he is willing to give Babis a second chance. 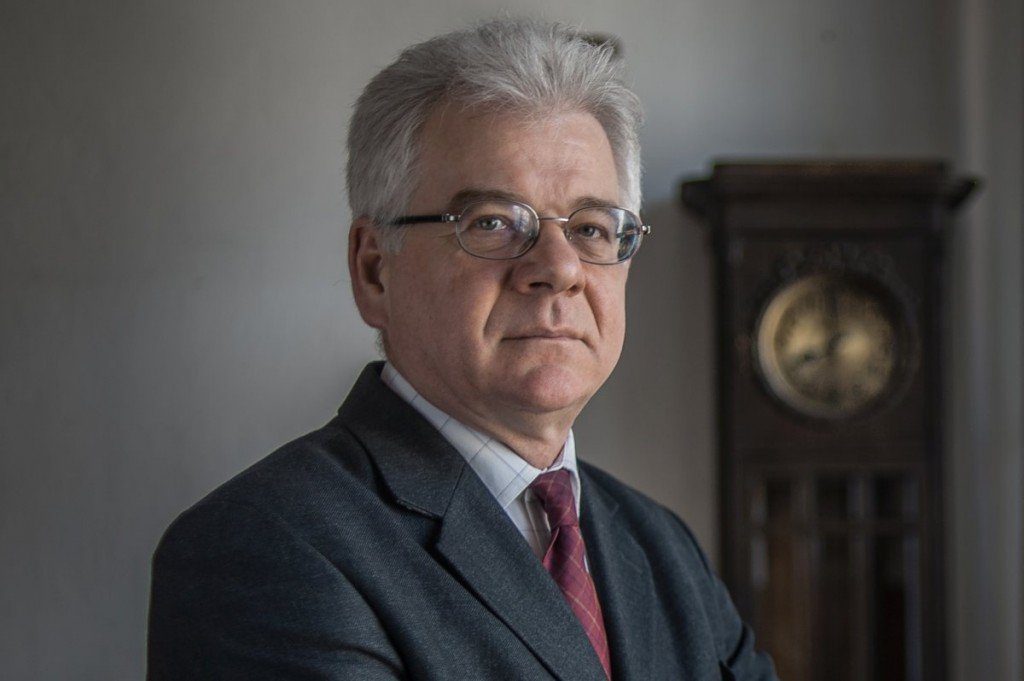 Professor Jacek Czaputowicz graduated from the Warsaw Central School of Planning and Statistics. He completed his Ph.D. thesis in political science at the Institute of Political Studies of the Polish Academy of Sciences PAN. He obtained his habilitation in humanities at the University of Warsaw’s Faculty of Journalism and Political Science. He also completed postgraduate studies at foreign universities (Oxford, among others).

In the 1970s and 1980s he was an activist of the democratic opposition. His activities had him interned on 13 December 1981 (he was released on 25 November 1982) and imprisoned in 1986 (he was released after seven months on amnesty). In 1988-1990 he was a member of the Civic Committee to the Chairman of the Independent and Self-Governing Trade Union Solidarity (NFZZ Solidarność).

He joined the MFA in 1990. He was Deputy Director and then Director of the Consular and Emigration Department in 1990-1992. From 1998 to 2006 he was Deputy Head of the Civil Service. In 2006-2008 he was in charge of the Department of Strategy and Foreign Policy Planning at the MFA. From 2008 to 2012 he headed the National School of Public Administration. From January to September 2017 he was at the helm of the MFA’s Diplomatic Academy. He took charge of legal and treaty affaires as MFA undersecretary of state in September 2017.

In 2007, Jacek Czaputowicz was awarded the Officer’s Cross of the Order of Polonia Restituta and in February 2017 he was decorated with the Cross of Freedom and Solidarity for his achievements in advancing Poland’s independence and sovereignty and ensuring respect for human rights in the Polish People’s Republic.

He is the author of over 100 articles and academic monographs, including: Teorie stosunków międzynarodowych. Krytyka i systematyzacja (Theories of international relations. Criticism and systemization), PWN 2007; Bezpieczeństwo międzynarodowe. Współczesne koncepcje (International security. Modern concepts), PWN 2012; Suwerenność (Sovereignty), PISM 2013, Teorie integracji europejskiej (Theories of European Integration), PWN 2018. He is a researcher at the Institute of European Studies at the Faculty of Political Science and International Studies of the University of Warsaw, specialising in European integration studies.

Hungary promised to veto EU sanctions on Poland after the European Commission triggered a punitive process over Polish judicial reforms on Wednesday (20 December). May to sign defence pact, but ‘raise concerns’ (Photo: Council of the European Union) “We shall defend Poland in the face of an unfair, fabricated political procedure,” Hungary’s deputy prime minister Zsolt Semjen said the same day. The Czech Republic reacted at a higher level, but with no concrete pledge. The Czech prime minister, Andrej Babis, phoned his Polish counterpart Mateusz Morawiecki to say he was “convinced” that the commission’s action “stems from a lack of communication” and that sanctions would “have a negative impact on the whole region”. The commission decision shifted the dispute to the wider European arena after two years of bilateral talks. Member states are to vote in Brussels on 29 January whether they agree the Polish reforms constitute a “clear risk of a serious breach of rule of law”. That decision is to be taken by a four-fifths majority. But a subsequent one, to confirm Poland is guilty of “a serious and persistent breach”, must be taken by a consensus of the EU-27 minus Poland, prior to the adoption of sanctions, which would freeze Poland’s EU voting rights. Germany and France have backed the commission. The Polish foreign minister, Witold Waszczykowski, expected support from the UK ahead of British prime minister Theresa May’s visit to Warsaw on Thursday. But May’s office dampened those expectations. It said she would “raise her concerns [on rule of law] with the [Polish] prime minister”, adding “we expect all our partners to abide by international norms”. Italy and Sweden also lined up with the EU mainstream. “The reform launched by the Warsaw government risks violating the rule of law,” Italy’s EU affairs minister, Sandro Gozi, said.”We have confidence in the judgement of the commission,” Anna Lind, the Swedish EU affairs minister, also said.

The Polish reforms, a set of 13 laws passed by the ruling Law and Justice (PiS) party, would give it political control over courts and judges. Poland’s president, Andrzej Duda, vowed to sign into life two of the bills in defiance of commission appeals. He repeated government lines – that the commission was acting on “political” motives to harm PiS, that Poland rejected EU “diktats”, and that the reforms were needed to purge a Communist-era clique in the judiciary. “I don’t see a problem with parliament having more influence over who becomes a judge,” he said. Waldemar Zurek, a judge on Poland’s constitutional tribunal, did see a problem. He warned that other countries might refuse to recognise the validity of Polish court verdicts in future, prompting a breakdown in judicial cooperation. But Zbigniew Ziobro, the Polish justice minister, said the EU clash would end in the commission backing down and in Poland being taken more seriously in future. “Poland is one of the largest EU countries and we expect to be treated with respect, not like some messenger boy,” he said.

Too big to fail?

Konrad Szymanski, the Polish EU affairs minister, also said Poland was too big to be sidelined. He warned that the EU clash would “create a hitherto unseen distrust toward the European integration project” in Polish society. For Donald Tusk, the EU Council head and a former Polish leader, that was exactly what PiS wanted. “There’s still a gigantic weight of hope in Brussels … that Poland will remain in the Union,” he said. “But I think those in power [in Poland] aren’t enthusiastic, to speak delicately, about our EU membership,” he said. Tusk’s former foreign minister, Radek Sikorski, went further, saying PiS was creating the kind of regime seen under Franco in Spain. “That vision is unacceptable from the point of view of the European Union and must, sadly, lead to Polexit,” he said.