The Visegrád Group countries — the Czech Republic, Hungary, Poland and Slovakia — have made a joint declaration on stepping up defence cooperation. The declaration was signed by the leaders of the four countries’ parliamentary defence committees in Budapest on Thursday. Szilárd Németh, the Hungarian committee’s head, said

Strengthening defence cooperation is a crucial condition for that, he said. Migration and the four countries’ approach to it stood in the limelight of the session, Németh said. The four countries’ lawmakers agreed that migration is a harmful phenomenon and that they would make every possible effort to thwart its legalisation. 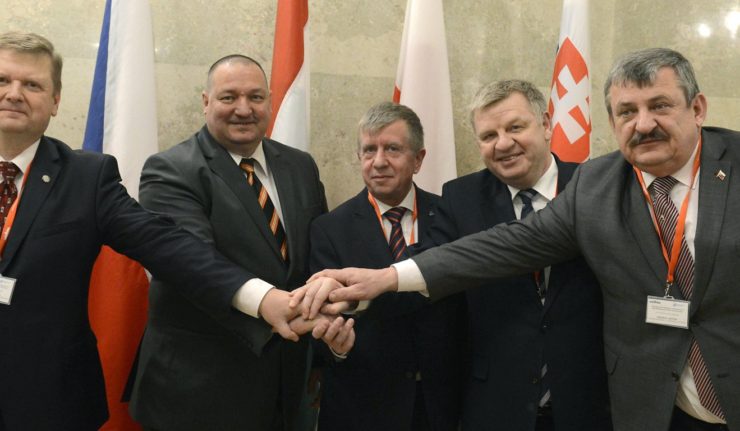 The matter of war reparations for Poland is “legally and politically closed”, Germany’s ambassador to Warsaw Rolf Nikel has said in an interview for Polish private broadcaster TVN.

He added that contemporary problems needed to be addressed.

“The world around us is in flames, let us focus on real issues,” Nikel said, pointing to Russian aggression in Ukraine, the war in Syria, Europe’s migrant crisis and the future of the European Union.

Last year, an analysis by Polish parliamentary experts said that the Polish government is entitled to demand that Germany pay reparations for the massive damage it inflicted on Poland between 1939 and 1945.

Poland suffered the biggest losses in Europe during World War II and its right to reparations has not expired under international law, according to the study as reported by public broadcaster TVP.

Last September, then-Prime Minister Beata Szydło said Poland deserves reparations from Germany but indicated her government had not yet made a final decision on pressing claims.

German officials have said that the matter had been definitively settled with Poland in 1953.

In a resolution adopted in 1953, Poland’s communist government of the time recognised that Germany had fulfilled its obligations with regard to Poland and decided against seeking compensation payments.

But Poland’s ruling conservatives have said that decisions made by the country’s communist-era authorities are not necessarily still valid because they were made under pressure from the Soviet Union.

Morawiecki said that Poland and Germany could be a “locomotive of growth and positive changes for the entire European Union.”

Merkel said she and the Polish PM “talked about Polish-German relations, which are very intense and close in terms of economic cooperation.”

“Our economies are connected with each other, trade is very good and what is important is that there are no individual large investments, but we are talking here about a broad front of cooperation,” she added.

Merkel said she and Morawiecki also discussed reviving the Weimar Triangle, a platform for collaboration between Warsaw, Berlin and Paris.

Merkel had said ahead of the meeting that she hoped talks with Morawiecki would open a “new chapter” amid a number of problems in bilateral relations.

One thorny issue that head been expected to be broached by Morawiecki in Berlin was the planned Nord Stream 2 pipeline.

Poland has vocally opposed the controversial gas pipeline project, which is designed to supply Germany with gas from Russia via a pipeline under the Baltic Sea and to run parallel to the existing Nord Stream pipeline, circumventing Central and Eastern Europe.

The planned pipeline is “unnecessary, detrimental and divisive” and would make an all-out Russo-Ukrainian war more likely, German daily Die Welt cited Morawiecki as saying ahead of his visit to Berlin. 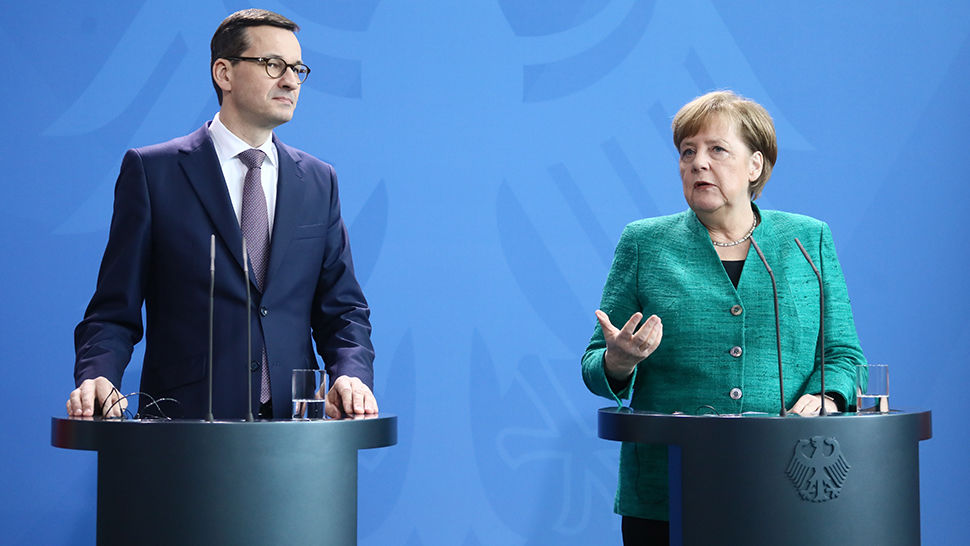 Fidesz (govrning party in Hungary) will fight against any acceptance of the “United Nations’ migration package” and the government will not withdraw its “Stop Soros” bill, a spokesman for the ruling party told a news conference on Saturday. Appearing in front of the Budapest headquarters of the UNHCR, Balázs Hidvéghi reacted to a statement made by the head of the headquarters, Rupert Coleville, on Friday. Coleville said that the bill named after US billionaire George Soros unjustifiably restricted freedom of association and represented a continuation of the Hungarian government’s “attack on human rights and the civil sphere”.

Hidvéghi said the UN migration package was reminiscent of well-known aspects of the “Soros Plan”. Fidesz’s message to the UN is that “the Hungarian people reject the UN migration package as well as terrorism and the NGOs that organise migration,” he said, adding that “Fidesz stands by the Hungarian people”. He insisted that the UN package reflected the thinking of Soros, namely that “migration is a good thing and every country should undertake a settlement programme with the involvement of NGOs”. “It is precisely this kind of crazy mindset that leads to the admittance — which has happened over the past few years — of several thousand potential terrorists into Europe,” he added.

Germany is set to emerge from months of political deadlock after Angela Merkel’s conservatives (CDU/CSU) finally agreed a coalition deal with the centre-left Social Democrats (SPD).

Negotiators have agreed on the division of key ministries – one of the last hurdles towards forming a government.

It could end more than four months of wrangling since inconclusive elections in September.

But the deal will still need to be approved by SPD members.

Many in the party fear that re-entering a coalition with CDU/CSU could damage it in the long term.

In a joint news conference on Wednesday, Chancellor Merkel said the agreement gave the basis for a “good and stable government”.

SPD leader Martin Schulz thanked the conservatives for making what he said were tough compromises.

In a tweet, he said the deal “achieved a lot for people” and he would be recommending that his party members accept it.

The SPD looks set to control six ministries, including finance and foreign affairs.

Mr Schulz has confirmed he will step down as SPD leader in March and instead become foreign minister, if the coalition deal is approved by SPD members.

He will be replaced as SPD leader by former Labour and Social Affairs Minister Andrea Nahles.

The SPD’s 460,000 members will have the final say on the whole agreement in a postal vote, the result of which will be announced on 2 March.

Those opposed to any deal with Mrs Merkel include a new group within the SPD calling itself NoGroKo (no grand coalition). 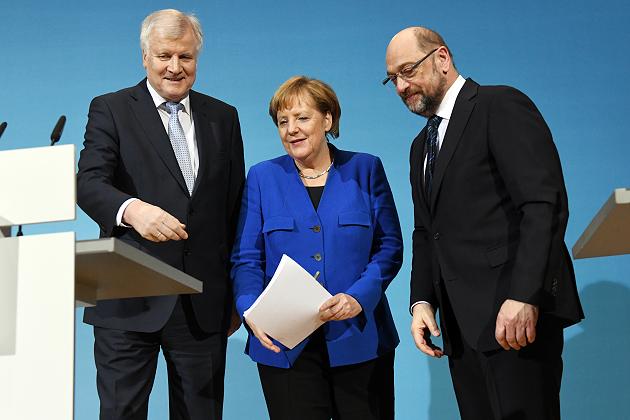 Poland does not share responsibility for the Holocaust, Prime Minister Mateusz Morawiecki has said during a visit to Markowa, the southeastern Polish hometown of the Ulma family which was murdered because they tried to rescue Jews during World War II.

Morawiecki said it was “very sad” that some people lacked understanding about the perpetrators of crimes during World War II, adding: “On the other hand, it is extremely important to explain it”.

Morawiecki went to Markowa amid tensions between Israel and Poland over a new law passed by the Polish parliament which could mean a jail term for anyone who accuses the Polish nation of being complicit in Nazi German crimes during World War II.

Warsaw says Poland as a country and nation should not be implicated in crimes perpetrated by the Nazi German regime.

But Israel fears the bill will censor Holocaust survivors and educators.

On March 24, 1944, Germans shot eight Jews who were being sheltered by Józef and Wiktoria Ulma. The couple and their six children were also killed.

A museum in their memory was set up in Markowa in 2016.