Polish Foreign Minister Jacek Czaputowicz and US Secretary of State Mike Pompeo are expected to discuss a range of security and energy issues when they meet in Warsaw next week.

Pompeo is coming to Warsaw for a conference on the Middle East that is being co-organised by the United States and Poland and that will also be attended by US Vice President Mike Pence.

Pompeo is scheduled to arrive in the Polish capital on Tuesday. He will meet Czaputowicz “to discuss security and energy issues, building on the strong relations between the United States and Poland,” the US State Department has said in a statement.

During his trip to Europe from February 11 to 15, Pompeo will also visit Budapest, Bratislava, Brussels, and Reykjavik, according to the US State Department.

Poland’s Czaputowicz this week took part in a Meeting of Foreign Ministers of the Global Coalition to Defeat ISIS at the US State Department in Washington.

During the high-profile gathering, he outlined the goals of the upcoming ministerial conference on the Middle East that Poland and the United States are jointly holding in Warsaw on February 13-14.

According to a joint Polish-US statement cited by the foreign ministry in Warsaw, the “Ministerial to Promote a Future of Peace and Security in the Middle East” aims to be “a forum for countries concerned about instability in the region to share their assessments and offer ideas on a better way forward.”

US Vice President Mike Pence is expected to give keynote remarks at the Warsaw conference, the White House said at the end of last month. 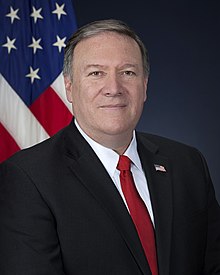