Italy’s president, Sergio Mattarella, is beginning two days of consultations with political parties in the hope of finding a majority for a new government.

The country was plunged into a fresh political crisis on Tuesday after Prime Minister Giuseppe Conte quit as head of the ruling coalition.

It paired Matteo Salvini’s far-right League party with the left-leaning Five Star Movement, but tensions between the two have proved too much.

If a new government — which would be Italy’s 67th since World War II — cannot be found, fresh elections will be called.

In his resignation speech on Tuesday, Conte attacked Salvini for allegedly sinking the coalition and endangering the economy for personal and political gain.

“Salvini’s decision [to call time on the coalition] is serious, it has relevant consequences for the economic and social life of the country,” Conte said in the Senate on Tuesday. “He has shown that he is seeking personal interest and party’s interest (above the nation’s one).

“The behaviour of a political force which, while presenting a motion of no confidence in the government, does not withdraw its ministers appears to be contradictory,” he said.

“Whoever holds government responsibilities, should not exploit religious symbols, offending worshippers and undermining the principle of secularism in a modern state.”

Reiterating his call for elections, Salvini said: “In a democracy, the main way is to ask the opinion of our employers, the voters: VAT does not increase if there is a government in office in November, with a vote in October.”

Later he took a swipe at coalition partners Five Star Movement and accused them of plotting against him so they could govern instead with the Democratic Party.

“The government is over because of the Five Star Movement politicians and their ‘no, we cannot’ attitude for every dossier,” said Salvini.

What will happen now that Conte has resigned?
Silvia Sciorilla Borrelli, Rome Correspondent for Politico, told Euronews five scenarios could now play out.

1. An ‘Ursula government’
Named after Ursula von der Leyen, the president-elect of the European Commission, this would be a centrist government led by Romano Prodi, including the Democratic Party, Forza Italia and Five Star Movement – the same parties that were decisive in the election of von der Leyen.

The challenges would be that the Democratic Party and the Five Star Movement would struggle to govern together, and it would strengthen the League in opposition.

2. A ‘red-yellow’ government
The Democratic Party and Five Star Movement. Possible prime ministers could include Conte or Five Star’s Roberto Fico, current president of the Chamber of Deputies.

Problems: What would Renzi’s role be in this new government? And how long would it last?

3. A ‘national unity’ government
Likely led by the president of either of the two chambers (Fico or Elisabetta Casellati, current president of the Italian Senate) to push economic reforms and stabilise the country.

But who would support it?

4. Technocrats
Led by Conte, Raffaele Cantone (former prosecutor and head of anti-corruption unit) or Enrico Letta (former prime minister of Italy) to get Italy through the budget session and head to the polls later this year.

5. Fresh elections if none of the above options gets a majority
The end of Salvini?

For Politico’s Borrelli, it is Salvini who might end up being the biggest loser if the government collapses.

“Italy has never had a government crisis right in the middle of the summer, it hasn’t headed to the polls for a general election in 100 years,” she said.

“It’s not very likely for Sergio Mattarella, the Italian President, to send Italians back to the polls right in the middle of a complicated budget negotiation with Brussels.

“So, it looks like there is a chance, assuming the Five Star movement and the Democratic Party succeed in their potential tie-up that Matteo Salvini, instead of becoming prime minister, could be ousted from government. 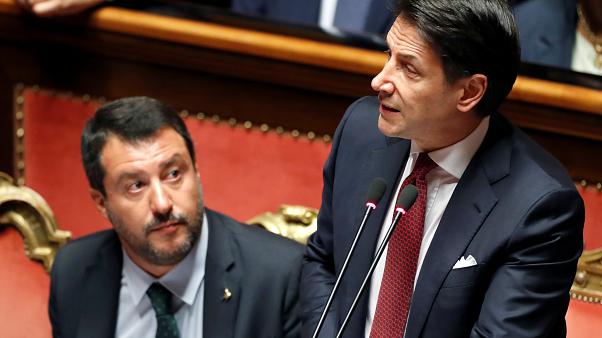 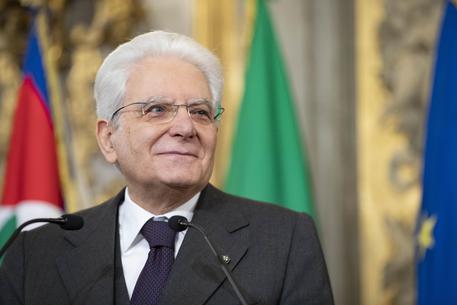