After marathon talks, EU member states have agreed to a historic coronavirus recovery deal. Disagreements concerning access to the aid package had turned the negotiations into one of the bloc’s longest-ever summits.

The package includes a €750-billion fund to be sent as loans and grants, as well as a seven-year €1 trillion EU budget.

“We did it. Europe is strong, Europe is united. This is a good deal, this is a strong deal and most importantly this is the right deal for Europe right now,” Michel said. “I believe this agreement will be seen as a pivotal moment for Europe’s journey.”

The breakthrough comes after more than four days of wrangling, with talks often stretching into the early hours.

“Europe as a whole has now a big change to come out stronger from the crisis. Today we have taken a historic step that we can all be proud of,” said von der Leyen. “Tonight is a big step toward recovery.”

Merkel described the agreement as an “important signal,” and said she was “very relieved” that EU leaders were able to cooperate. It was good “that we pulled ourselves together in the end,” she said.

That sentiment was echoed by French President Emmanuel Macron, who called it a “historic day for Europe.”

“There is no such thing as a perfect world, but we have made progress,” said Macron.

However, the European Parliament will still have to agree to the package.

The package includes the biggest-ever joint borrowing by the 27 members of the bloc, and an initiative to send tens of billions of euros to countries hardest hit by the virus — most notably heavily indebted Spain and Italy, which had both called for major financial assistance from the EU.

Spanish Prime Minister Pedro Sanchez hailed “a Marshall Plan for Europe,” that would see €140 billion sent to Spain over the next six years.

Italian Prime Minister Giuseppe Conte said that Italy was “satisfied” with the results of the plan, which would see 28% of the total funds, or €209 billion directed towards Italy. That figure includes €81 billion in grants and €127 billion in loans.

“We are satisfied with the approval of an ambitious relaunch plan, which will allow us to confront the crisis with strength and effectiveness,” said Conte.

Greece will also receive €72 billion under the plan, in a move that Prime Minister Kyriakos Mitsotakis caled a “national success.”

He said the funds would be disbursed carefully in Greece with meticulous planning.

To meet the concerns fo the so-called frugal four — the Netherlands, Austria, Denmark and Sweden — which see Italy and Spain as being too lax with public spending, the assistance includes a number of conditions and major strings attached. The southern countries had previously called for conditionless financial assistance, without additional obligations.

The frugals also won heavy rebates on their EU contributions. The deal additionally allows for the distribution of €360 billion in loans, repayable by the receiving member state, and €390 billion in the form of grants to pandemic-hit countries — a lower figure than the initial €500-billion grant proposal made by France and Germany.

Negotiations were bogged down by major disagreements concerning grants, loans and whether economic and financial reforms should dictate access to the funds. The 27 member states had been largely divided into two camps. Germany and France spearheaded efforts to collectivize debt in order to raise much-needed funds for countries such as Italy and Spain, which bore the brunt of the pandemic in the EU.

In the other camp, the frugal four, together with Finland had called for a strings-attached approach that would have made access to funds conditional on tough market reforms.

EU nations have struggled to coordinate a response to the coronavirus pandemic, which has claimed some 135,000 lives on the continent. The bloc’s economy is projected to contract by 8.3% this year. 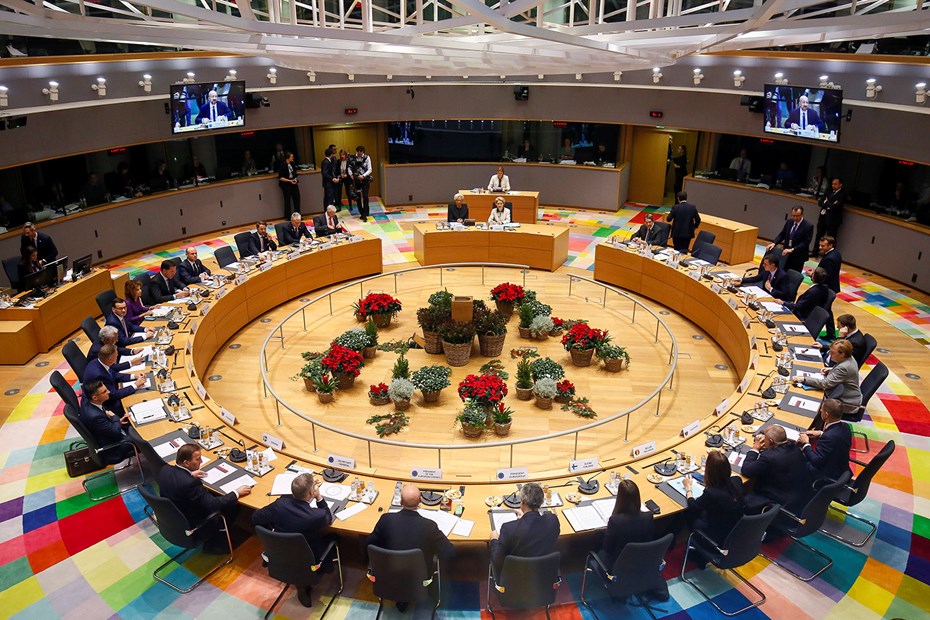